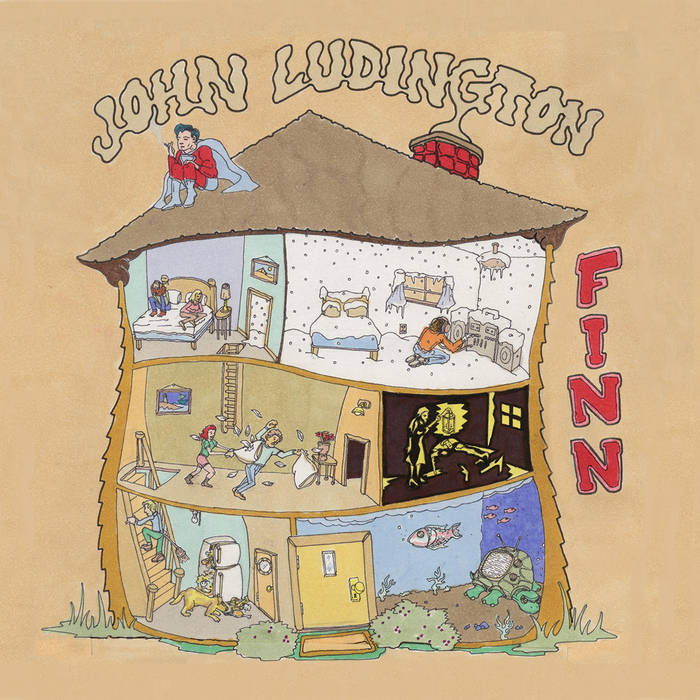 The project, 'Finn', began two years ago. After a piece of recording equipment I had recently purchased decided to go bonkers on me, I put it all up on a high shelf. I walked into the furniture and shortly after that, I did a musical, which took up much of my creative time and energy. When I returned to the project, I decided not to let lack of funds or faulty equipment get in my way. That's really when the vision for 'Finn' began. It would be fun, creative, inventive. I started getting musicians to do impromptu stuff with me at open mics, just playing whatever instruments were handy. I began recording with random items around the house and borrowing instruments from friends. A few songs were added to the album including 'Snowing In my Room', 'Space Monkeys', and 'Amaryllis'. Some sound effects that aren't listed on the credit page include water droplets in the tub, metal objects in the oven and my stomach growling. Many local, Humboldt musicians are on ‘Finn’ as well as a long distance collaborator, all of whom are listed below and on the credit page.

for tour dates and updated information go to www.johnludington.com

Bandcamp Daily  your guide to the world of Bandcamp

Featuring interviews with the mighty Hiatus Kaiyote and genre-busting L'Rain.